The Orlando, FL region is once again #1 in the nation for job growth.  According to the  Bureau of Labor Statistics, the Orlando-Kissimmee-Sanford metropolitan area has continued its reign as the fastest growing job market in the US in 2018.

According to reports, the Orlando metro area has added 41,800 jobs in the last year and achieved a rate of growth of over 3%. When compared to other similar high-growth metro areas, like: Phoenix, Houston, Austin and Las Vegas, Orlando topped out as the fastest growing metro in the nation; continuing a trend since 2015.

Not only this, but Florida’s year-over-year job growth has exceeded the national average since May 2012. The State of Florida gained a total of 213,600 jobs, increasing that number by 2.5% during that time period. Nationally, the number of jobs rose by 2%.

While tourism is considered by many to be the leader in Florida economy, the employment growth in the past year did not only come from the city’s world class tourism and hospitality sector, but instead from the professional and business services category. These sectors combined for 39% of the growth, adding 16,400 jobs closely followed by construction with 18 percent of the total growth, adding 7,400 jobs, and then Leisure and Hospitality contributed 14 percent, or 5,700 jobs, of year-over-year job creation.

However Orlando doesn’t just lead the nation in job growth; it is also a top ranked metro for population growth. From 2016 to 2017, the four-county region that makes up the Orlando metropolitan area – Lake, Orange, Osceola and Seminole County – grew by 2.3 percent to reach a population of just over 2.5 million people. That growth rate is more than double the national growth rate and the highest of all 30 of the largest cities in America. For comparison, two of the other fast growing U.S. cities, Atlanta and Denver, grew at 1.5 percent and 1.3 percent respectively. Coming in at No. 2 and 3 was Las Vegas at 2.2 percent and Dallas at 2.0 percent.

Orlando is the No. 1 large metro in the country for the growth of the working age population (ages 18-64).

Orlando is one of the most up-and-coming metro areas in the United States in terms of both population as well as jobs, and with the development in both the health and IT sectors in Orlando that trend is likely to continue. Visium Resources, as the Central Florida area’s premier IT, Engineering and Professional staffing agency; is ready to help you with your employment needs in this fast paced and rapidly growing economy. No matter whether you are looking for a new job or looking to find talented employees to add to your team, Visium Resources can help you. 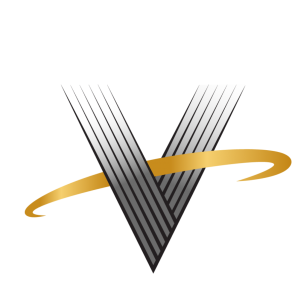